Another Typhoon 'Haishen' approaching and forecast to hit Korean Peninsular

It is a very unique situation to see three typhoons hit the Korean Peninsula within a two weeks succession, please refer to the path of Typhoon ‘Haishen(#10)’ .

Perhaps more alarming is the threat of yet another storm following Maysak. Typhoon Haishen, according to the KMA, was projected to move northwest from its origin point on the Pacific Ocean before making landfall on the the Japanese island of Kyushu by Sunday.

While Haishen's path remains yet unclear, the storm was on track to affect the Southern regions of the Korean Peninsula next week, bringing with it more rain and wind. 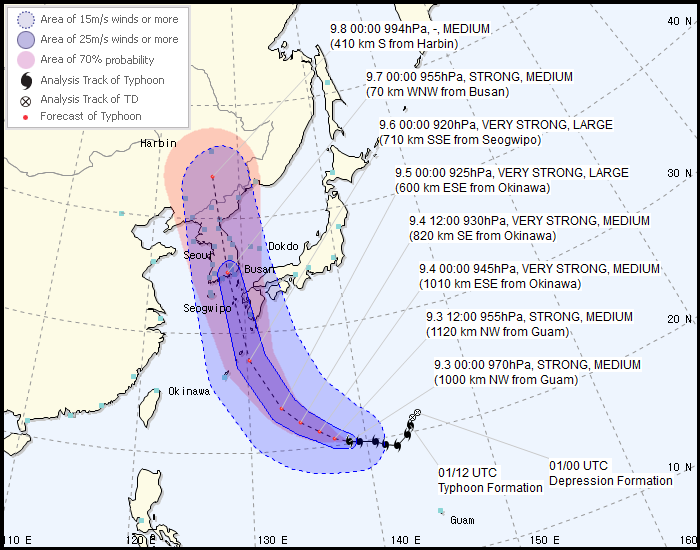