Preparations are in full swing as the U.S. prepares for a direct impact this week from hurricane Florence, and what is now Invest 95.

Evacuations and office closures on the east coast started today at 1200. All ships have been moved out to sea, or relocated to other ports outside of the path of the storm. This storm and all warnings should be taken seriously, as it hones in on the east coast.

Meanwhile, the Texas gulf coast is preparing for a tropical system to develop in the next 5 days. The impact and location on the Texas coast, at this point, is still unknown. However, due to the remnants of Tropical Storm Gordon still in the area, so localized flooding is expected.

President Trump has already approved emergency disaster declarations for the Carolinas and Virginia. Below is the tracking summary for each tropical system in the Atlantic and Gulf region. 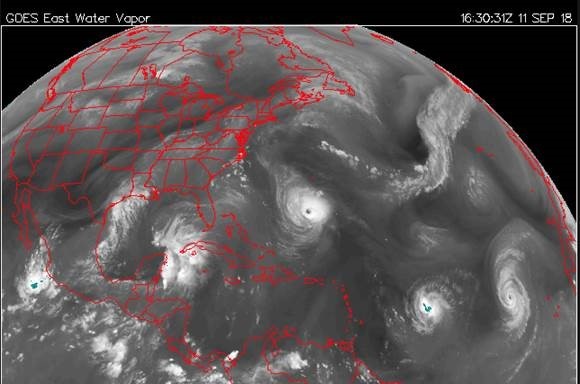 Hurricane Florence has taken a more southern path than earlier projected. However, the storm is now approximately 500 miles (805 kilometers) wide. Even without a direct hit, effects of the storm will be felt from Virginia down to Georgia. Wind speeds have increased to over 130 mph (215 KM/H), and tropical force winds are due to arrive Wednesday September 12th around 20:00.

Ports along the east coast in the projected path are now in port status Zulu, and will remain there until further notice.

The major fears is the storm surge, with possible surges greater than 20 feet in some areas. The storm is still expected to stall for at least 3 days causing major flooding.

All Inchcape offices in the area are closed until further notice, with limited access to e-mails. 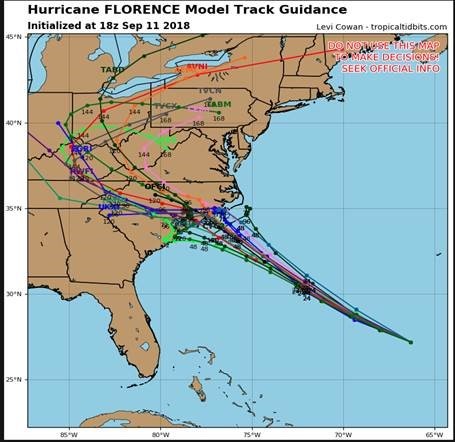 Helene is currently moving NW at 12 mph (19 km/h) with sustained winds at 105 mph (165 km/h). The system is expected to weaken over the cooler waters in the Atlantic, and does not pose a coastal threat.

Hurricane Isaac is still moving on a westerly direction with sustained winds at 70 mph. The storm is 1075 kilometers from the Lesser Antilles and moving west at 17 mph (28km/h). A hurricane watch is in effect for Guadeloupe, Martinique, and Dominica. The Leeward Islands have been put on alert as a possible watch area. Isaac is barley holding on due to increasing wind sheer and is expected to slow down to a tropical storm levels. However, the storm could potentially regain strength once it passed through the Antilles into the Gulf of Mexico. Due to the similar path that Harvey took in 2017, forecasters are keeping a close eye on this system. 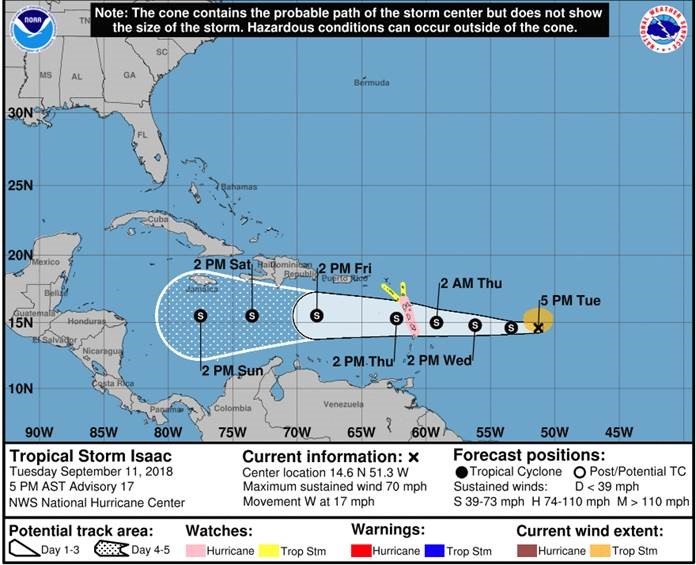 Invest 95 now has a greater than 70% chance of forming into a tropical system within the next 5 days, and will be in the Gulf in the next 24 hours. Water temperatures are currently in the mid to upper 80’s. There are conflicting reports that the system will not have time to develop before it makes landfall. More will be known tomorrow, September 12th.  There are no port conditions set, or closures currently planned.

What forecasters do know at this point it will deliver tropical storm moisture to an already wet region. The USCG in Corpus Christi held a conference call this morning, and rain is expected to make landfall on Thursday.

Officials are advising that due to the short timeline and uncertainty, all Gulf Coast residents make preparations now. 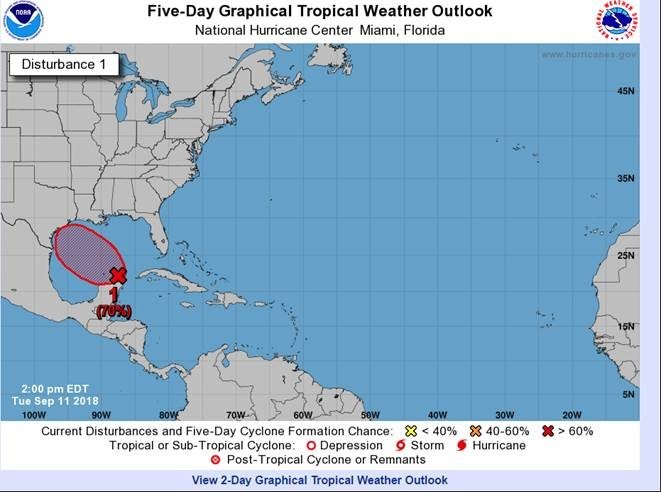