Florence made landfall today in the Carolinas as a Cat 1 near Cape Fear. There are been mixed emotions on the media hype that, just earlier this week, forecasted this to be a storm of historical magnitude being called “an uninvited brute”. Even though the winds were not as predicted, flooding is still a concern. The storm is now moving at 5 mph (7 km/h), which is good news because it is moving faster than predicted. Just before the storm made landfall, it was moving at 3 mph. Max sustained winds are at 75- 80 mph. Large swells are effecting Bermuda and portions of the U.S. East Coast.  Central Bahamas is also getting huge surf and rip currents. Port conditions will not be updated until after the storm passes, and assessments of damages, if any, have been done. Port conditions will be posted as we receive more information.

After Florence passes, the next focus will be on Isaac brewing in the Gulf. 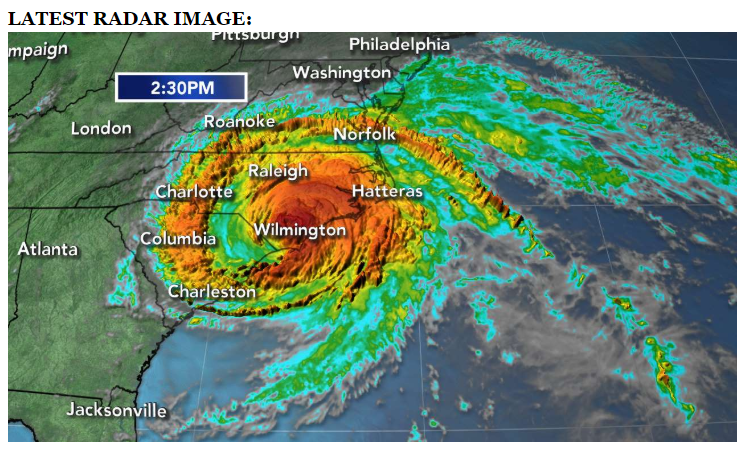 Oil and Gas Impacts
Cove Point (Dominion Energy) reduce LNG export activity to a crawl as Florence generated heavy winds and rain.  Feedgas delivers fell 60% from the month prior. As of mid-day no tankers were leading at the terminal, and no inbound LNG vessels in the vicinity.

Platts Oil Tweeted today “Hurricane Florence’s new path may exacerbate flooding along the US East Coast, but reduces the rise for the Colonial pipeline, which is located 170 miles inland”.  The Colonial Pipeline is an underground pipeline that delivers more than 100 million gallon of gas and refined petroleum products from Houston, Texas to the New York Harbor. The 5,500 miles of pipeline connects to more than 260 terminals nationwide. 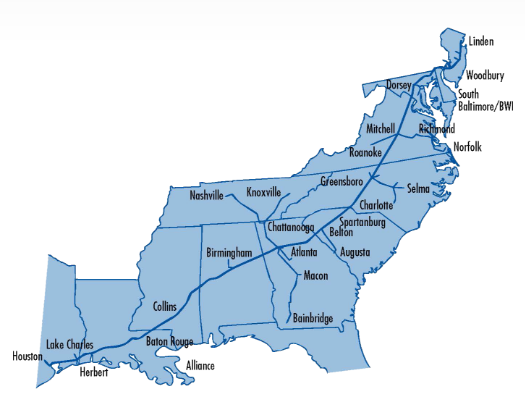 Florence
Coming ashore as a disorganized cat 1, Florence is being called a media circus and accused of trying to make money a turn a profit. Unfortunately, with all of our technology, no one can predict exactly what tropical storms will do, and where they will go.  Florence is moving slowly westward across extreme southeastern North Carolina with continued torrential rains to continue.  15.56 inches of rainfall has been recorded so far.

THE TROPICAL STORM WARNING HAS BEEN DISCONTINUED NORTH OF DUCK NORTH CAROLINA...INCLUDING THE CHESAPEAKE BAY SOUTH OF NEW POINT
COMFORT.

THE HURRICANE WARNING HAS BEEN CHANGED TO A TROPICAL STORM WARNING FROM DUCK NORTH CAROLINA SOUTH TO BOGUE INLET...INCLUDING THE ALBEMARLE SOUND.

INTERESTS ELSEWHERE IN THE SOUTHEASTERN AND MID-ATLANTIC STATES SHOULD MONITOR THE PROGRESS OF FLORENCE.

Isaac
Isaac is now a tropical depression with sustained winds at 35 mph, moving west at 16 mph. Bands of rain continue to affect the Lesser Antilles, and no coastal watches or warnings are in effect. Isaac is expect to produce additional rainfall of up to 5 inches in the south Dominican Republic, southwest of Haiti and Jamaica.
More will be known about the path of Isaac over the weekend, and early next week.

Helene
There is a tropical storm warning in effect for Azores Islands as the storm takes a more southerly rout than shown yesterday. The NHS states that interests in Ireland and the UK should consult local meteorologist for updates on weather and possible impact.

Joyce
Tropical storm Joyce is in the Atlantic headed northwest at 8 mph on a similar path as Helene. There are no coastal watches or warnings at this time.