Please find herewith below an important notice from Pilbara Ports Authority in regards to Port of Port Hedland – Cyclone Alert Stage 4 – Shut Down.

As of 1500 on 07 February, the BoM has issued a forecast for Severe Tropical Cyclone Damien (Ex Tropical Low 05U), which is currently located approximately 170 Nautical Miles North North West of Port Hedland. The system is expected to move in a Southerly direction and should cross the Pilbara Coast within the next 24 hours.

PPA Port Hedland will continue to be guided by the weather forecasts issued by the BoM and the community alert system. A further update will be provided when the Port of Port Hedland is in a position to commence operations.

The BoM guidance track map for Tropical Cyclone Damien as of 1500 LT is attached for information. 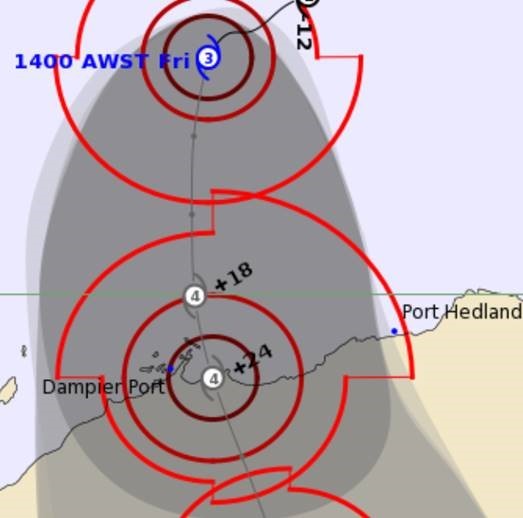