Inchcape Shipping Services Fremantle were recently appointed agents by Kuehne + Nagel for the Semi-Submersible Drilling Rig (S.S.D.R.) COSL Prospector, which was transiting from Aagotnes, Norway to Tui Field in New Zealand where it shall be undertaking a drilling campaign for Tamarind Resources.

The rig took three months to reach Fremantle from Aagotnes at an average speed of 8kn, with two prior port calls at Las Palmas, Canary Islands and Port Elizabeth, South Africa. As the rig was too large to transit the channel as a result of its 70.50m beam and 15.30m draught into Fremantle’s Gage Roads Anchorage, the rig had to remain at the furthest Outer Anchorage position from the port where the rig held position for a week using its Dynamic Positioning (DP3) System. Here crew changes were performed by launch, which took one hour from North Fremantle’s Rous Head Harbour.

192x crew and twenty visitors embarked and disembarked the rig by climbing from a small specially-constructed platform on the forward end of the rig’s port side pontoon (seen below on the aft side of the rig’s forward port column) and climb the twelve stories to the accommodation deck of the rig, situated just beneath the helicopter landing pad. We were tasked with arranging the accommodation, transportation and customs clearance of all people who had to board and disembark the rig.

Also seen in the picture is the A.H.T.S. Mermaid Searcher, which was chartered to perform stores, bunkers and provisions delivery to the rig. A.H.T.S. Mermaid Searcher performed seven return runs from BAE Systems’ Heavy Lift Wharf in Henderson, where the cargo was loaded, to and from the rig. Over the course of the week the rig was stationed off Fremantle. In amongst these, the A.H.T.S. Mermaid Searcher also had to liaise with the port’s bunker barge (M.T. Vacamonte) twice to load Marine Gas Oil for use during the transit from Fremantle to Tui Field, which is a transit time of approximately twenty days under the Great Australian Bight and through Bass Strait across the Tasman Sea.

Once all 99x departing crew members’ identities aboard the rig had been physically verified by the Australian Border Force (ABF), the rig departed for Melbourne where approximately 18x crew shall be signed on and off the rig via helicopter whilst en-route to Tui Field. This call is also being handled by Inchcape Shipping Services in Melbourne. 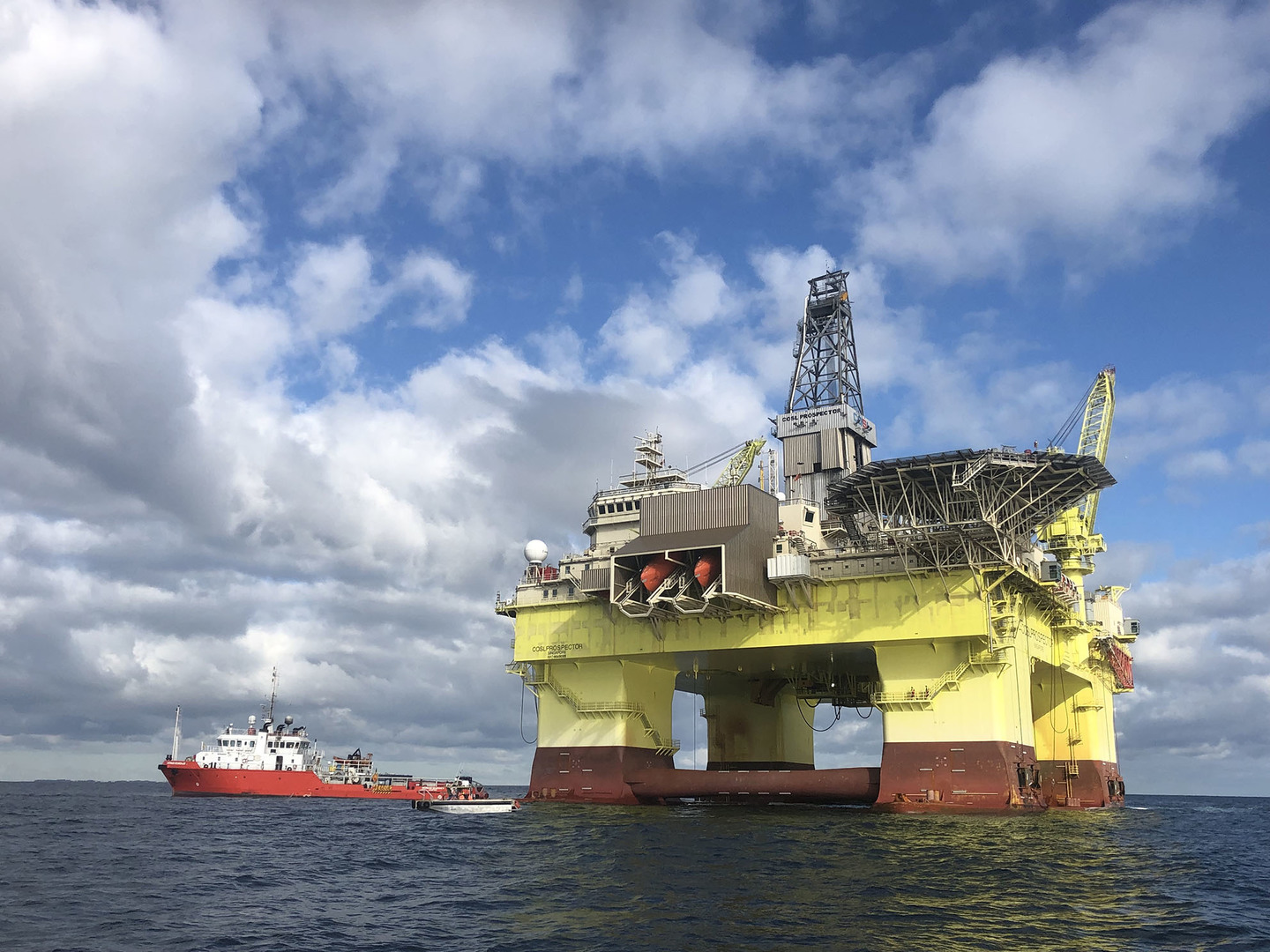