Please note the following issued from Houston Pilots this afternoon:

“Our Executive Committee would like to give you all a heads up that there is a strong possibility we will stop accepting arrivals around 2000 tonight. Furthermore we will likely start emptying the port at first light tomorrow. We are in close contact with VTS and the Captain of the Port and will continue to update you with our intentions as they change.”

Hurricane Delta made landfall on the Yucatan Peninsula this morning. The storm has moved back over the warm Gulf waters this afternoon as a category 2 with winds around 100 mph (160.9 kmh). Delta is forecasted to regain strength over the open water and reach category 4 status again, however is expected to slow down to a category 3 right before landfall Friday.

The current models track towards Louisiana, which is still recovering from hurricane Laura. Over 6,000 people are still in hotels around the state due to damaged homes. 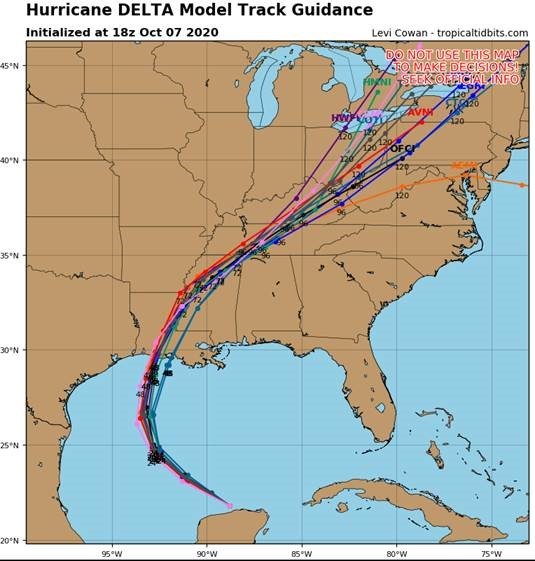 CHANGES WITH THIS ADVISORY:

The government of Mexico has discontinued the Tropical Storm Warning along the east coast of the Yucatan peninsula from Punta Herrero to Tulum.

A STORM SURGE WATCH HAS BEEN ISSUED FOR THE NORTHERN GULF COAST FROM HIGH ISLAND TEXAS TO THE ALABAMA/FLORIDA BORDER INCLUDING CALCASIEU LAKE...VERMILION BAY...LAKE PONTCHARTRAIN...LAKE MAUREPAS...LAKE BORGNE AND MOBILE BAY.

A HURRICANE WATCH HAS BEEN ISSUED FOR THE NORTHERN GULF COAST FROM HIGH ISLAND TEXAS EASTWARD TO GRAND ISLE LOUISIANA.

THE GOVERNMENT OF CUBA HAS DISCONTINUED ALL WARNINGS FOR CUBA.

WINDS AND SEAS VARY GREATLY IN EACH QUADRANT.  RADII IN NAUTICAL

MILES ARE THE LARGEST RADII EXPECTED ANYWHERE IN THAT QUADRANT. 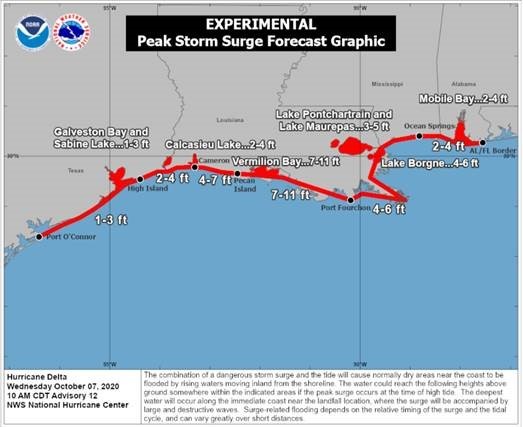 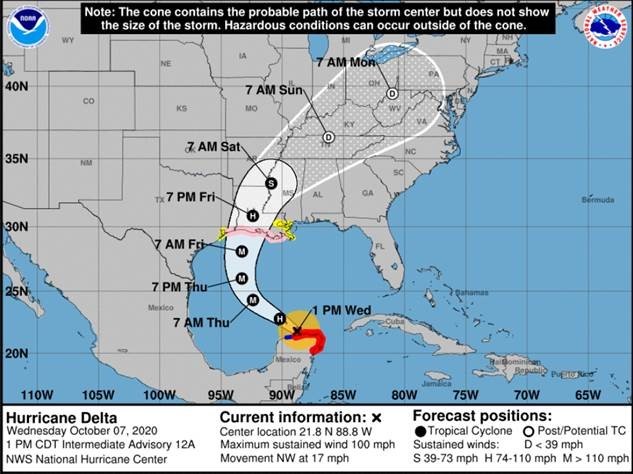