While Dorian still moving along the east coast US, two more cyclones have developed overnight, and well as two areas of low pressure with a chance of formation. 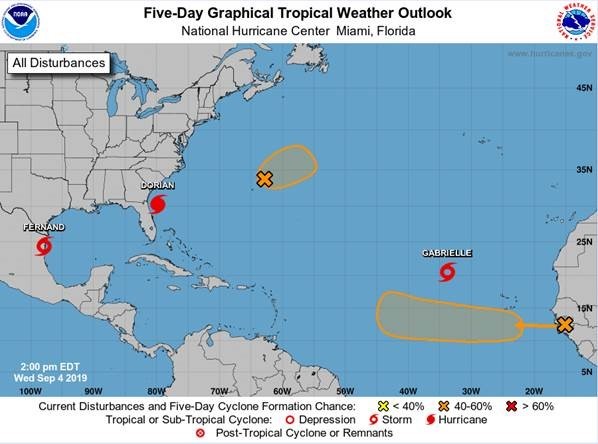 24 hours out of the Bahamas, Bahamian Prime Minister Hubert Minnis comments on the magnitude of the devastation saying, “It is going to require a massive coordination effort to rebuild our communities”. Damages are estimated to be in the hundreds of millions.

The only airport on the island of Grand Bahama is “wiped out”, and will hinder aid to the victims. However, Nassau’s airport is being used as a staging area for shelter for people being rescued. The Association of Bahamas Marinas issued a statement, “The current U.S. and Bahamian government efforts to get people are to get out of the impacted areas of the Abacos and Grand Bahama”.

Volunteers are still finding and rescuing people from the rubble, and it is unknown the extent of the cataclysm Dorian has caused. The death toll is rising, and countless missing. There are approximately 62,000 people without access to clean water. Freeport and Abaco were among the worst for damage.

Dorian is a category 2 hurricane with winds at 105 mph and moving NNW at 9 mph. Dorian’s outer bands are moving along the coast, and peak impacts will hit North Carolina and Virginia by the end of the week.

Port Conditions updates are below:

Here is the latest Hurricane Dorian updates as of 1100/September 04th. 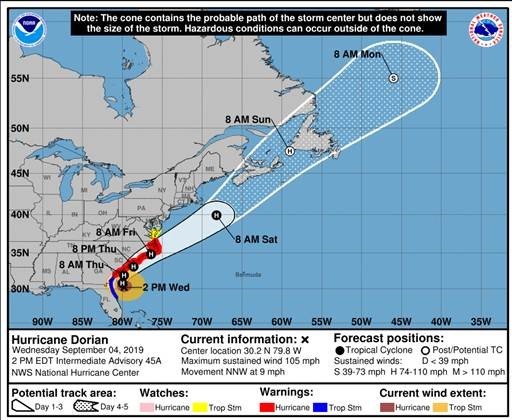 Tropical Depression Fernand
Fernand is set to make fall this afternoon in Mexico. Little effect on infrastructure is expected. 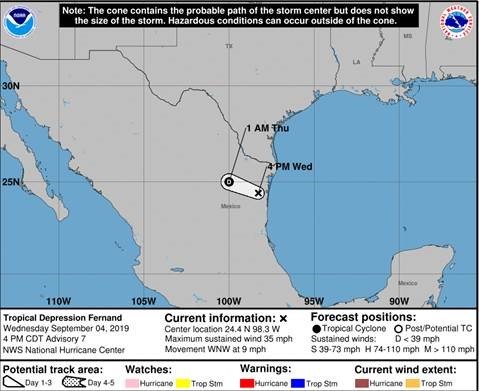 Tropical Storm Gabrielle
Gabrielle is in the middle of the Atlantic ocean with max sustained winds of 50 mph. The storm is moving NW at 9 mph with no expected landfall in the next 5 days. Gabrielle is not expected to gain strength as it moves north.

Hurricane Dorian has devastated parts of the Bahamas making landfall as a category 5 hurricane. Officials are stating that “conditions were much worse than expected”. Maximum sustained winds were recorded at 185 mph (297 kph)  with wind gusts of 220 mph (354 kph) were recorded as the hurricane stalled over the Bahamas over the weekend. It is one of the strongest storms to ever make landfall in the Atlantic.

Dorian poured 30 inches of rain over the islands, and came to a near standstill as hurricane force winds churned for 30 hours moving  NW at 1 mph (1.6 kph). The storm is moving out of the area this afternoon, and damages can begin to be assessed. So far 5 have been confirmed dead, and over 150 have been treated. 19 were taken by helicopter transport to the Nassau International Airport Monday. The islands of Great Abaco and Grand Bahamas have been devastated. It could take months to restore power. Areas like New Providence, which did not take a direct hit, took power offline due to flooding conditions and concerns over shock. Communications are down, and officials will begin to start rescues to those who are still in the rubble.  The US is providing humanitarian assistance and deploying a Disaster Assistance Response Team. 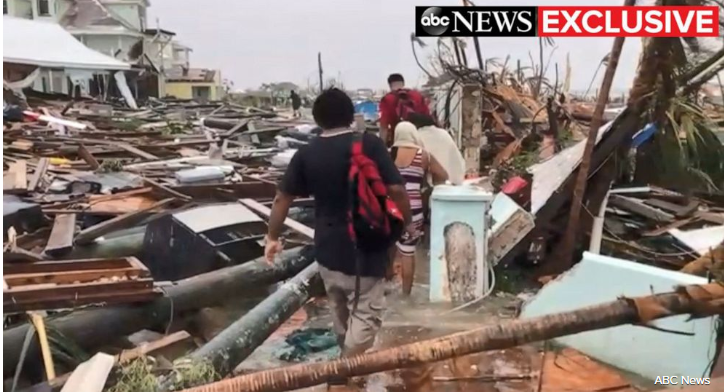 Dorian is now at a category 2 hurricane moving NW at 5 mph (8 kph/ 4kt). It’s located off the coast of Florida at 27.5 N 78.7 W.
"The projected path takes the core of the strongest winds, rain and waves just east of Florida," ABC News senior meteorologist Max Golembo said. "Any movement to the west will bring the worst of the storm closer or even possibly on shore to Florida." 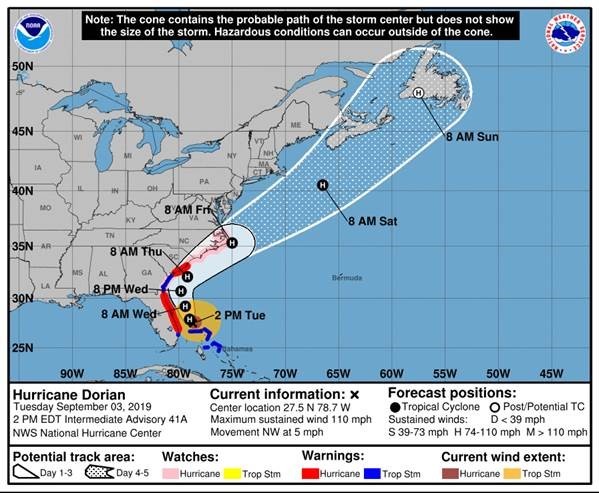 The center of the storm will travel along the U.S. East coast, however the eye is not expected to make landfall. Hurricane force winds will affect all the major ports in it’s path.
Below are USCG Official Port Conditions for ports in the path of Dorian.