The cone for probable path has also shifted to the west, which now includes Texas, east of Galveston.

Delta is expected to continue to strengthen until it makes landfall in the Yucatan Peninsula, Mexico tomorrow.

The USCG COTP Sector Mobile has set PORT CONDITION WHISKEY for all ports within the AOR, including the Port of Mobile.  The COTP advises that the Port of Mobile could move to PORT CONDITION X-RAY as early as tomorrow.  For the Port Mobile, WHISKEY carries a draft restriction of -45 ft. / 13.7 m.  This draft restriction is a carryover from Hurricane Sally.  The USACE dredge remain on the bar and will continue work for the next 30 days.  The USCG was able to restore all ATONs with the exception of three, and that work continues.

...EXPECTED TO BRING A LIFE-THREATENING STORM SURGE AND EXTREME WINDS...

CHANGES WITH THIS ADVISORY:

The government of Cuba has discontinued the Tropical Storm Watch for the province of La Habana.

THE GOVERNMENT OF CUBA HAS DISCONTINUED THE TROPICAL STORM WATCH FOR THE PROVINCE OF LA HABANA.

WINDS AND SEAS VARY GREATLY IN EACH QUADRANT.  RADII IN NAUTICAL MILES ARE THE LARGEST RADII EXPECTED ANYWHERE IN THAT QUADRANT. 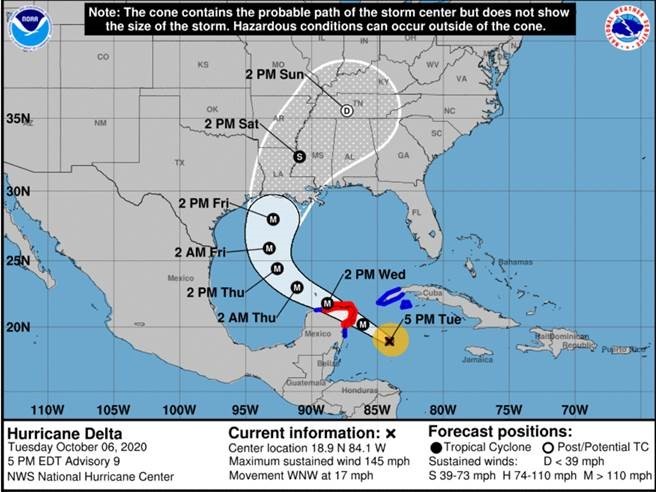 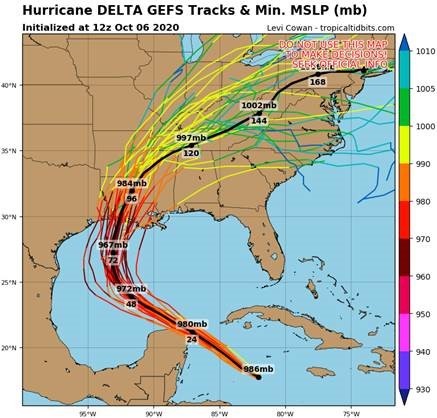