Tropical Storm Vamco entered the East Sea on Thursday morning and is forecast to head toward central Vietnam, which has been hit by storm after storm since early October.

At 7 a.m. it lay centered around 820 kilometers southeast of Vietnam's Paracel Islands in the East Sea, known internationally as the South China Sea, with wind speeds of up to 135 kph, according to the National Center for Hydro-Meteorological Forecasting.

Over the next 24 hours it will move west at a speed of 20 kph before changing direction and moving northwest.

By Sunday morning it is expected be reach the Vietnamese coast between Ha Tinh and Quang Nam provinces, where at least 235 have been killed or left missing missing by storms and floods since last month.

Vamco is the third storm in November and 13th to hit Vietnam this year. 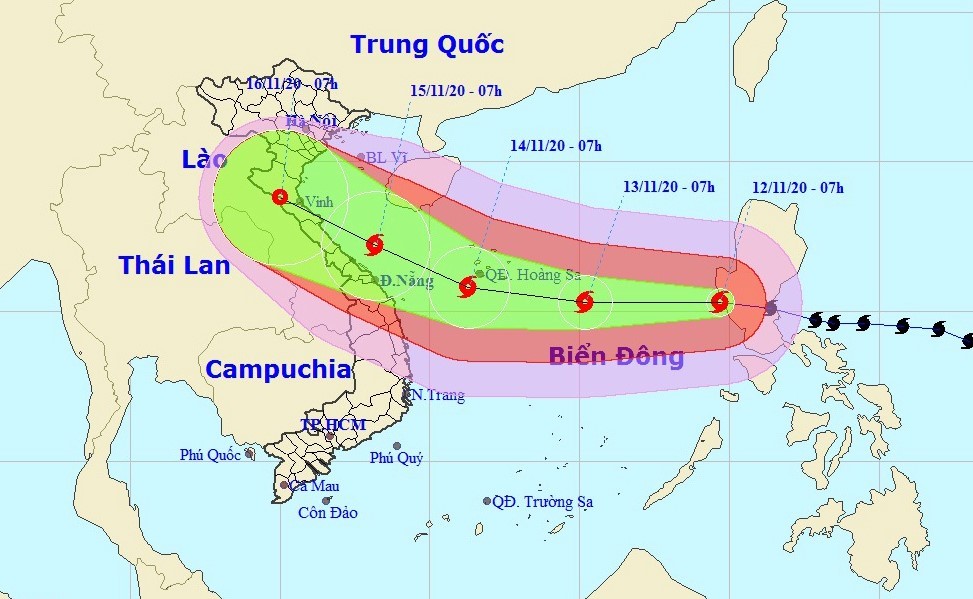