PPA Port Hedland will continue to be guided by the weather forecasts issued by the BoM and the community alert system over the coming days. A further update when the Port of Port Hedland is in a position to commence operations.

The latest track map as of 1500 AWST 22 March for Severe Tropical Cyclone Veronica is attached below for your reference. 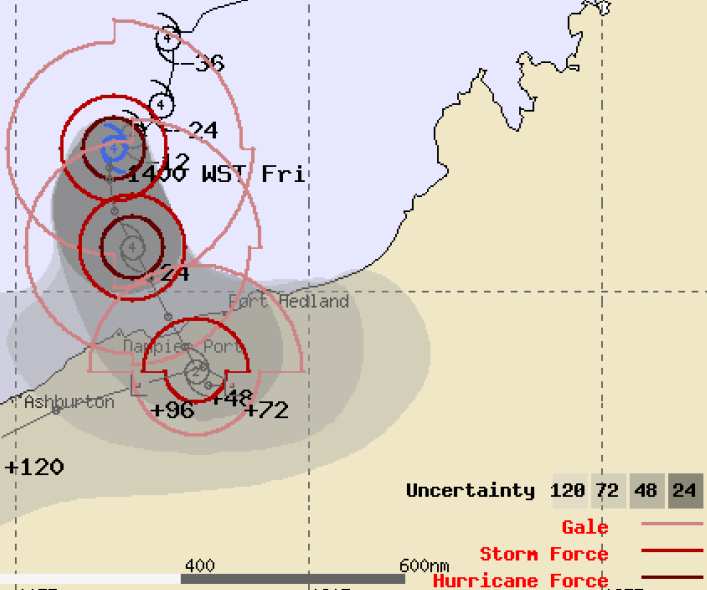 This Severe Tropical Cyclone is forecasted to bring heavy rainfall, high swell, storm surges and winds in excess of 100 knots to the Port of Dampier.

ALERT LEVEL: The Port of Dampier is currently on Cyclone Stage 4 – Shut Down

The weather forecasts will continue to be monitored with further advice to be issued when a decision is made to activate “Stage 5 – Re-Open the Port”.