China’s Covid Lockdowns add to Shipping Backlog. What Does It Mean for Australia?
Source: Luke Radford (ABC News)
The global shipping backlog is threatening to blowout into a multi-year saga as renewed lockdowns in China slow trading to a crawl at some of the largest ports in the world.
Shanghai, the largest city in China and the busiest container port in the world, is in full lockdown as authorities face yet another wave of COVID-19. Off the coast, a growing number of cargo ships sit idle waiting to make landfall and unload. Freight and Trade Alliance director and secretariat of the Australian Peak Shippers Association Paul Zalai said trade had already been backed up before China locked down.  FULL STORY

EU To Suspend Tariffs on Ukraine Imports for One Year
Source: Jan Strupczewski and Philip Blenkinsop (Reuters)
The European Commission proposed on Wednesday a one-year suspension of import duties on all Ukrainian goods not covered by an existing free trade deal to help the country’s economy during the war with Russia.
The measures will apply in particular to fruit and vegetables, subject to minimum price requirements, agricultural products facing quotas, and certain industrial goods, tariffs on which were only due to be phased out by the end of 2022. That phase-out, set out in the 2016 EU-Ukraine free trade agreement, applies to fertilisers, aluminium products and cars.  FULL STORY

Seafarers International Relief Fund Calls for Further Support to Reach Fundraising Target for Ukraine
Source: SIRF (Hellenic Shipping News)
The Seafarers International Relief Fund (SIRF) is appealing to the maritime industry to support seafarers and their families impacted by the crisis in Ukraine.
The fund has already raised over £177,000 and secured pledges of a further £37,000. However, delivery partners are calling for more support to reach the fund’s £250,000 goal and provide basic human welfare. This includes shelter, food, water, transport, access to medical services, and practical financial help. Funds from SIRF are already supporting seafarers and their families through activities delivered by maritime charities, trade unions and other not for profit organisations working in various countries.  FULL STORY

Container Delays Expected to Last Through H1 2023: Drewry
Source: Teri Errico Griffis (Joc.com)
Ocean carriers can expect container system inefficiencies to continue through the first half of 2023 as more medium-sized and even lower-volume ports become congested, according to Simon Heaney, senior manager at maritime consultancy Drewry.
Heaney, during a Drewry webinar Tuesday, cited the worrisome trickle-down effects of widespread port congestion, echoing points made by the consultancy in its first-quarter report published at the end of March. Throughout last year, ports saw unrelenting heavy congestion, and the lack of improvement could mean at least another 12 months of lengthy delays and high freight rates, Drewery’s first-quarter report said.  FULL STORY

Risks to Muted Steel Recovery
Source: Baltic Exchange (Hellenic Shipping News)
Steel demand is set to grow by a marginal amount this year, but prospects for seaborne steel trade in 2023 look decidedly better – although the war in Ukraine is a significant downside risk in any forecasts.
The World Steel Association’s (worldsteel) latest Short Range Outlook (SRO) for 2022 and 2023 forecasts that steel demand will grow by 0.4% in 2022 to reach 1,840.2 million tonnes after increasing by 2.7% in 2021. Growth of 2.2% is then predicted for 2023 with demand set to reach 1,881.4 million tonnes. But the forecast acknowledges the ongoing war in Ukraine and is, according to worldsteel, “subject to high uncertainty”.  FULL STORY

Seafarer Happiness Hits Eight-Year Low
Source: Gary Howard (Seatrade Maritime News)
The Seafarers Happiness Index report for the first quarter 2022 recorded happiness levels dropping across all categories to hit an eight-year low.
The index, published by the Mission to Seafarers, fell to 5.85 from 6.41 as seafarers were hit by the continued impact of COVID-19, the war in Ukraine and contractual concerns.The report said that seafarers were already reeling from the tightening of COVID-19 restrictions as the Omicron variant spread, as seen in previous Seafarer Happiness Index reports, and were then further impacted by the war in Ukraine. “We heard from seafarers who were concerned about their families and worried by tensions on board.  FULL STORY

Start-Up Secures Shipping’s Support to Bring IoT Emissions Monitoring Tool to The Maritime Industry
Source: The Digital Ship
Start-up Everimpact has secured support from eight shipping conglomerates and a fresh US$1.6M seed investment to bring its carbon monitoring and measuring IoT hardware solution to the maritime industry.
Everimpact’s hardware is reportedly the only IoT capable of measuring real carbon emissions on an industrial or city-scale. The solution uses data from satellites, sensors, traffic, buildings, and other IoT devices to monitor greenhouse gas (GHG) emissions. It has been used by different city councils including London, Manchester, Telefonica & Barcelona, and many others to measure city emissions.  FULL STORY

Iron Ore Profits Likely to Remain ‘Significant’ Despite Anticipated Price Volatility, Wider China Lockdown
Source: Michelle Stanley (ABC News)
Australia’s highly profitable iron ore sector is expected to ride out market volatility as fears of additional COVID-19 lockdowns in China see a 10 per cent price drop to start the week.
The Australian share market lost $50 billion Tuesday and iron ore fell almost 10 per cent to $US135.75 ($188.81) per tonne.
Commonwealth Bank (CBA) director of mining and energy commodities research Vivek Dhar said the drop came as a result of COVID-19 lockdowns in China and what they could mean for demand of Australian ore. “Markets are worried that Beijing in particular maybe exposed to more severe lockdowns, like what we’ve seen in Shanghai,” he said.  Mr Dhar expected the next few months would see “demand weakness” from Chinese steel mills, which would likely drive the price lower.  FULL STORY

Green Hydrogen Hub at Port of Newcastle Receives $41 Million Funding Boost
Source: Port Technology International Team
The Port of Newcastle Green Hydrogen Hub Project has received AUS$41 million ($29 million) in funding to proceed with Phase I.
On 28 April, the project received a vote of confidence by Angus Taylor MP, Minster for Industry, Energy and Emissions Reduction, following the announcement of the investment. The Port of Newcastle has released a statement to praise the new funding, which is set to position the port as a leading site to establish a hydrogen hub, with connectivity to domestic and export infrastructure proximate demand, and access to renewable energy.  FULL STORY

Port Safety Can’t Wait for Inquiry
Source: waateanews.com
The Maritime Union has welcomed a national inquiry into the port sector after two deaths in the past week at Auckland and Lyttelton.
But national secretary Craig Harrison says change is needed now, rather than waiting for the inquiry to finish its work. He says deregulation and casualisation of the workforce mean there are no national standards or codes of conduct. “We won’t have to look too far. We look to Australia, where they have prescriptive codes of practice that can be enforceable under law. We don’t need to spend years talking about it when we can transport some sound policies and codes of practice from Australia which would be suitable for New Zealand,” he says.  FULL STORY

Oceania Cruises Announces 2024 Voyage Collection
Source: Lacey Pfalz (Travel Pulse)
Oceania Cruises has launched its 2024 Voyage Collection, offering more than 350 itineraries including more than 130 Grand Voyages across all seven continents on the premium cruise line’s seven ships ahead of its opening for bookings on May 4.
The cruise line has expanded its offerings in the South Pacific, Australia and New Zealand, offering two ships in the region for its 2024 cruise season. The Regatta will focus on New Zealand and Australia, including one 35-day holiday itinerary that circumnavigates the continent. New ports here include Bluff in New Zealand. The Nautica will offer four 10-day itineraries round-trip from Papeete, visiting destinations in the South Pacific.  FULL STORY

Virgin Voyages’ Adults-Only ‘Premium’ Cruise Ship to Set Sail from Australia
Source: Hamish Goodall (7 News)
Sir Richard Branson’s cruising company Virgin Voyages is heading Down Under with sailings scheduled to start next year.
The Resilient Lady ship will be home-based at Port Melbourne for a series of adults-only cruises in the summer of 2023-24. It’s a major coup for Victoria given most Australian cruises start and finish in Sydney.
The massive luxury ship, which can carry 2700 passengers, will take passengers to destinations across the country including Hobart, Burnie, Sydney and across the Tasman Sea to New Zealand.  FULL STORY 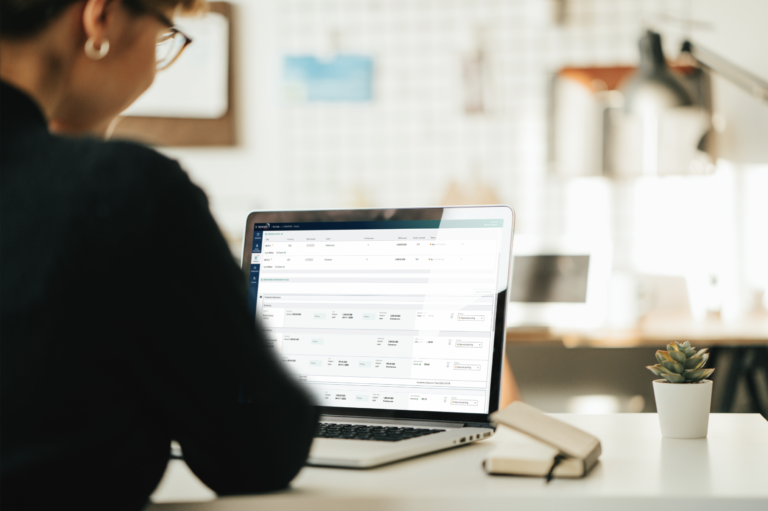 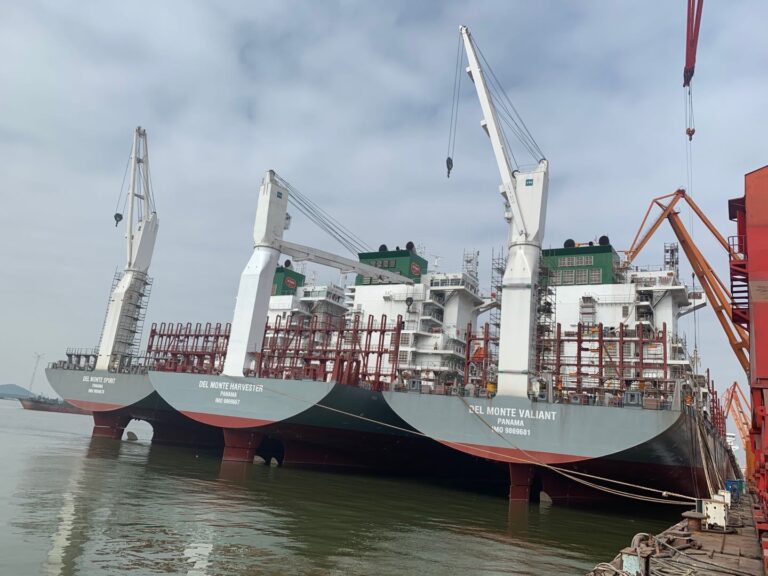