THE BULLS ARE BACK IN CHARGE OF IRON ORE PRICES
Source: Reuters
Iron ore prices are gathering steam as confidence over the outlook for China’s steel demand increases, outweighing bearish factors such as potential winter production curbs and India lowering iron ore export taxes.
The price of spot 62% iron ore for delivery to north China, as assessed by commodity price reporting agency Argus, rose to $99.50 a tonne on Nov. 18, close to the $100 level last seen on Sept. 15...FULL STORY

IRON ORE’S BOUNCE MAY BE BASED ON MORE THAN JUST CHINA HOPES
Source: Routers
The price of spot iron ore for delivery to north China has rallied from a two-year low as some optimism creeps back into the market that the worst may be over for the steel raw material.
The spot price of benchmark 62% iron ore, as assessed by commodity price reporting agency Argus, ended at $91.75 a tonne on Nov.11, up 16% from a three-year low of $79 on Oct.31…FULL STORY

THE DECLINE IN STEEL PRODUCTION IN CHINA WILL CONTINUE UNTIL THE END OF 2022
Source: mining
After a strong recovery in 2021, mainly as industries started to restore activities post-pandemic alongside benefiting from the sharp rise in prices throughout 2020 and 2021, global iron ore production is expected to decrease by 2% to 2.5 billion tonnes in 2022.
This will be mainly due to the reductions from China, Russia and Ukraine, whose collective output is expected to decline from 458.9Mt (million tonnes) in 2021 to 382.8Mt in 2022, a 16.6% fall. This will be marginally offset by increases in production from Australia, Brazil, India and Canada. The total output from these countries will increase by 1.4% to 1.7Bnt in 2022…FULL STORY

CHINA TO INCREASE IMPORTS OF INDIAN IRON ORE AFTER CUT IN EXPORT TARIFF
Source: SteelOrbis
As one of major iron ore producing countries, the annual production output of iron ore in India amounted to 200-250million mt and India used to be a major source of iron ore for China. However, after 2012, the share of imports from India gradually declined to a low level, accounting for less than five percent of China’s iron ore imports in recent years.
In the April-June period this year, India raised the export tariff on iron ore, resulting in total imports of Indian iron ore in China amounting to 9.89 million mt in the January-September period, down by 69.4% year on year. FULL STORY…​​​​​FULL STORY

IRON ORE FUTURES EXTENDED LOSSES OVER RISING CHINA COVID CASES
Source: Hellenic shipping news
Dalian iron ore futures extended their losses for a third straight session on Wednesday, as worries over rising COVID-19 cases in top steelmaker China weighed on market sentiment.
Beijing shut parks and museums on Tuesday and Shanghai tightened rules for people entering the city as Chinese authorities grapple with a spike in COVID-19 cases that has deepened concern about the economy and dimmed hopes for a quick reopening…FULL STORY

CHINA’S COAL IMPORTS IN OCTOBER NEARLY DOUBLED FROM A YEAR AGO
Source: CNBC
China imported nearly twice as much coal in October as it did a year ago, despite signs the country’s power shortage is easing, according to customs data released Sunday.
Monthly purchases of coal reached 26.9 million tons in October, up 96.2% from a year ago, according to data accessed through Wind Information…​​​​​​FULL STORY

RICH NATIONS STICK TO COAL PHASE-OUT PLANS AS CHINA BUILDS NEW PROJECTS
Source: Reuters
Rich nations have stuck to pledges to phase out coal power despite the war in Ukraine to help reach their climate targets but expansion of China’s coal fleet risks counteracting the impact of the closures, a report said on Tuesday (15 November).
Countries within the Organisation for Economic Cooperation and Development (OECD) policy forum and the European Union are on track to close more than 75% of their coal power capacity from 2010 to 2030, the report by the Powering Past Coal Alliance (PPCA) said…​FULL STORY

CHINA’S SOYBEAN IMPORTS FALL 19% IN OCTOBER
Source: The Pig Site
China’s imports of soybeans fell 19% in October from a year earlier to 4.14 million tonnes, customs data showed on Monday, hitting their lowest for any month since 2014, after buyers cut purchases amid high global prices and poor crush margins, reported Reuters.
Imports by the world’s top buyer of the oilseed were 73.18 million tonnes for the first 10 months of the year, down 7.4% from last year, data from the General Administration of Customs showed…FULL STORY

DROUGHT IMPACT ON MISSISSIPPI MAY PERSIST, CHINA SOYBEAN IMPORTS DOWN FROM LAST YEAR, AS U.S. SETS FISCAL YEAR AGRICULTURAL TRADE RECORD
Source: Farm Policy News
​​​​​​“Precipitation for October at four major weather recording sites on the Ohio River — Cincinnati, Ohio; Louisville, Kentucky; Evansville, Indiana; and Paducah, Kentucky — shows amounts which are less than half the normal totals.
“Cincinnati recorded 0.99 inches in October, only 30% of the normal 3.35 inches. Louisville’s 1.54 inches was just 42% of the normal 3.72 inches. Evansville logged 1.37 inches in October, a mere 40% of the average 3.39 inches. And Paducah’s October precipitation at 1.90 inches was 48% of the normal 3.99 inches…FULL STORY

CHINA’S OCTOBER SOYBEAN IMPORTS SLIDE TO LOWEST IN EIGHT YEARS
Source: MarketScreener
China’s imports of soybeans fell 19% in October from a year earlier to 4.14 million tonnes, customs data showed on Monday, hitting their lowest for any month since 2014, after buyers cut purchases amid high global prices and poor crush margins.
Imports by the world’s top buyer of the oilseed were 73.18 million tonnes for the first 10 months of the year, down 7.4% from last year, data from the General Administration of Customs showed…FULL STORY

CHINA’S SOYBEAN PRODUCTION HITS RECORD HIGH, WITH RISING YIELDS
Source: Global Times
China’s soybean production has hit a record high this year, with an expansion of the planting area and rising yields, Yang Baolong, president of the China Soybean Industry Association, said on Thursday at an international conference on oilseeds and fats.
In recent years, the country’s total demand for soybeans has continued to climb, while the planting area and scale has been limited, so it is imperative to enhance the production capacity for soybeans, Yang said…FULL STORY

NEW SOYBEAN YIELD RECORD SET IN NE CHINA
Source: Xinhua
A new national soybean yield record has been set in a high-yield soybean production competition in northeast China’s Heilongjiang Province, which was assessed by an expert panel authorized by the Ministry of Agriculture and Rural Affairs.
According to the assessment results made available on Sunday, the 854 Farm Co., Ltd. of the Beidahuang Group achieved 311.2 kg of soybean yield per mu (0.07 hectares) on a contiguous 100-mu field, taking first place in the provincial contest…FULL STORY

CHINA CONSIDERS LARGE-SCALE SOYBEAN MEAL IMPORTS FROM BRAZIL
Source: Efeedlink
China, the biggest producer and consumer of soybean meal in the world, is considering to permit large-scale soybean meal imports from Brazil as it faces a domestic shortage, but market participants doubt crushers will import even if China approves, Hellenic Shipping News reported.
Chinese crushers have had to drastically scale back their operations as a result of a drop in soybean cargoes since July. Third-quarter imports were down 9.1% year-on-year, which has caused a decrease in soybean meal production and an increase in spot soybean meal prices since August…FULL STORY

GRAINS-SOYBEANS EASE ON CHINESE DEMAND CONCERNS, WHEAT FIRMS
Source: Successful Farming
Chicago soybean futures ticked down on Monday, giving up some of the last session’s gains on uncertainty about demand from top buyer China amid rising COVID-19 infections
Wheat rose for the first time in four sessions, although gains were limited by an extension of a grain export corridor for Ukrainian shipments. “The increase is COVID-19 cases in China is seen as a bearish demand factor for food and energy consumption,” Hightower said in a report…FULL STORY

CHINA INCREASES GAS IMPORTS FROM UZBEKISTAN BY 52.5% IN 10M 2022
Source: SILK ROAD BRIEFING
Uzbekistan exported natural gas worth US$916.7 million to China from January through October 2022, according to Uzbek national media. That is an increase of 52.5% compared to the same period last year.
Uzbekistan is among the prioritized gas exporters for China in the Central Asia region. The country ranks fifth in terms of natural gas supplies to China, behind Turkmenistan in first place, followed by Russia, Myanmar and Kazakhstan…FULL STORY

CHINA, QATAR ENTER 27-YEAR GAS DEAL
Source: CHINA DAILY
A long-term energy security deal that would supply liquefied natural gas from Qatar to China for about 27 years has been welcomed by observers and analysts for its farsightedness and alignment with the global green energy push.
On Monday, China Petrochemical Corp, or Sinopec, and Qatar’s state petroleum firm QatarEnergy signed the LNG sales and purchase agreement to supply China with 4 million metric tons of LNG per year, through nearly 2050…FULL STORY

CHINA’S OIL IMPORTS SURGE TO FIVE-MONTH HIGH
Source: RT News
The world’s largest oil importer, China, purchased 43.14 million tons of crude in October, equating to 10.2 million barrels per day, according to data released by the country’s customs service on Monday. October oil imports were 4% greater than in September and the highest since May.
In September, Beijing moved to boost the export of refined oil products by issuing a 15-million-ton annual quota, which could be rolled over into the first quarter…FULL STORY

MORE BAD NEWS FOR OIL DEMAND AS CHINA’S COVID CASES SOAR
Source: Oil Price
Another spike in Covid infections in China is threatening more downward pressure for oil prices, as Chinese authorities reported a new daily record in new infections on Thursday.
According to Reuters, China recorded close to 32,700 new infections on Thursday, of which only around 3,000 were symptomatic but this does not seem to make a difference for the country’s zero-Covid policy…FULL STORY

CHINA’S NATURAL GAS SUPPLY READY TO FIGHT COLD
Source: CHINA DAILY
China’s supply of natural gas will be sufficient for winter heating season this year, the country’s top economic planner said on Wednesday.
Despite the international complex and severe market situation, natural gas supply will be sufficient to meet thespike in demand during the winter heating season in the country, with concerted effort and preparation ahead of time, said Meng Wei, a spokesperson with the National Development and Reform Commission, at a press conference…FULL STORY

CHINA BOUGHT $60 BILLION IN RUSSIAN ENERGY SINCE START OF UKRAINE WAR
Source: Oil Price
China’s energy imports from Russia, including coal, oil, and natural gas, have reached $60 billion since the Russian invasion of Ukraine, Bloomberg has reported, up from $35 billion in the same period of 2021.
China has become Russia’s biggest energy client alongside India, with both countries refusing to join the Western sanction push against Moscow and instead opting to continue doing business and forging closer political ties with Russia…FULL STORY 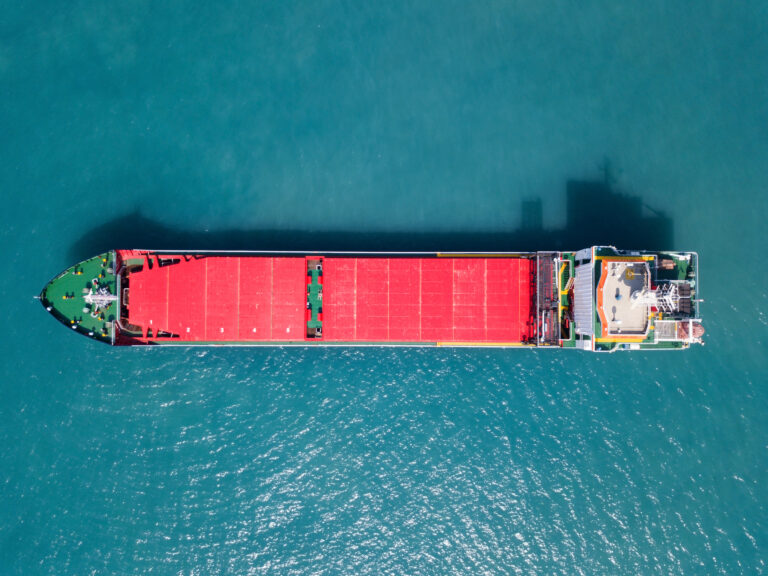