IRON ORE MARKS BEST QUARTER IN FIVE ON CHINA POLICY SUPPORT
Source: Hellenic Shipping News-April 1st
Dalian iron ore rose on Thursday, boosting a quarterly gain that was the biggest since end-2020, while the Singapore benchmark hovered around the $160 mark, as traders anticipated additional policy support to shore up China’s economy.
Further gains came for the steelmaking ingredient as Beijing on Wednesday vowed to roll out policies to stabilise the economy as soon as possible to counter downward pressure from a local COVID-19 surge and external headwinds.  ​​​FULL STORY

CHINA’S COVID-19 RESTRICTIONS COULD HELP THE DRY BULK AND CONTAINER SEGMENTS, BUT HURT TANKERS
Source: Source: Hellenic Shipping News-April 1st
As China grapples with the effects of the pandemic and has issued a lockdown in Shanghai, shipping is expected to be impacted as well. While tankers should take a hit from the slowdown in oil consumption, the dry bulk and container segments could stand to benefit, as congestion has already increased in various ports in China.  FULL STORY

IRON ORE ARRIVALS AT CHINESE PORTS FELL SHARPLY, SHIPMENTS FROM AUSTRALIA AND BRAZIL ROSE SHARPLY
Source: Hellenic Shipping News-March 30th
SMM data showed that a total of 62 ships arrived at major ports in China from March 21 to March 27, carrying 9.72 million mt of iron ore, down 1.03 million mt on a weekly basis and 2.04 million mt from a year ago. FULL STORY

STEEL MILLS PLAN TO CURTAIL THE PRODUCTION AMID ESCALATING PANDEMIC CONTROL MEASURES?
Source: Metal – March 29th
As the pandemic has escalated again in Shanghai and surrounding areas, and the shipments to and from Wuxi city has been greatly hampered, with forced delays of deliveries. FULL STORY

HIGHLY PROFITABLE CHINESE STEEL BECOMES GOOD SUBSTITUTE FOR EU AND MENA
Source: Steelorbis – March 30th
Flat steel producers in Europe and the Middle East are facing a tangible shortage of re-rolled products. The war in Ukraine has not only led to a sharp rise in raw material prices around the world but has also affected the redistribution of commodity flows. Consumers are interested in slabs and hot rolled coils (HRC) from Asia, primarily from China and Southeast Asia countries, where they can find good volumes of available re-rolled materials. FULL STORY

RUSSIAN COAL EXPORTS: 177.2 MILLION TONNES EXPORTED WITH THE EU AND CHINA THE TWO BIGGEST MARKETS
Source: Hellenic Shipping News -March 15th
​​​China and the EU were the main destinations of Russian seaborne coal exports during 2021. In a recent weekly note, shipbroker Banchero Costa said that “following a disastrous 2020, with the world hit by lockdowns and recession pretty much everywhere, global seaborne coal trade managed to rebound to some extent over the last 12 months. In the full 12 months of 2021, global seaborne coal exports increased by +4.5% y-o-y to 1168 mln tonnes, from 1117 mln tonnes in 2020, according to vessels tracking data from Refinitiv. This however is still well below the levels we had in pre-Covid times, being -9.8% down from the 1295 mln tonnes shipped during 2019. .FULL STORY

CLIMATE IMPACT FROM CHINA’S COAL PUSH VISIBLE FROM SPACE
Source: The Energy Bulletin – March 22nd
China’s increased reliance on coal to combat an energy shortage was never going to bode well for its ambitions to cut planet-warming emissions. Now, thanks to new analysis of satellite data, the effects of that climate choice could already be evident from space. A plume of methane, which traps over 80 times more heat than carbon dioxide in its first two decades in the atmosphere, was detected by the European Space Agency’s Sentinel-5P satellite near a remote coal mine in Inner Mongolia on March 1. ​FULL STORY

CHINA’S JAN-FEB IMPORTS OF BRAZIL SOYBEAN UP ON YEAR, U.S. CARGOES FALL
Source: Hellenic Shipping News -March 22nd
China’s soybean imports from Brazil in the first two months of 2022 rose significantly from the corresponding period last year, customs data showed on Sunday.
The world’s top buyer of soybeans, China brought in 3.51 million tonnes of the oilseed from Brazil, up 241% from 1.03 million tonnes in the previous year, data from the General Administration of Customs showed.  FULL STORY

IMPORTING COUNTRIES SEEK ALTERNATE GRAIN SUPPLIERS
Source: World Grain-March 25th
LONDON, ENGLAND – With Ukrainian farmers — at least those who haven’t fled the country or joined the army to fight the invading Russian military — expected to plant about half as much wheat and corn this spring compared to a year ago, countries that traditionally have depended on Ukrainian wheat are seeking alternate suppliers.  ​FULL STORY

CHINA TO IMPORT RECORD SOYBEAN VOLUME IN 2022-23
Sources: World Grain-March 21st
With rising feed demand and limited availability, China is expected to import a record 100 million tonnes of soybeans in 2022-23, according to the Foreign Agricultural Service of the US Department of Agriculture (USDA).FULL STORY

HINA CAN PLAY IMPORTANT ROLE IN SAUDI ARABIA’S ECONOMIC DIVERSIFICATION
Source: China Daily -March 22nd
The relationship between China and Arab states dates back to antiquity. More than two thousand years ago, land and maritime Silk Roads connected the two ancient civilizations and fastened them in affinity. The discovery of the primitive port of Jeddah in 2018 during a 20-day Chinese-Saudi joint excavating mission of the ruins of al-Serrian established these historical interactions.   FULL STORY

CHINA’S COVID LOCKDOWNS DENT OIL DEMAND, INDEPENDENT REFINERS RESELL CRUDE – TRADERS
Source: Hellenic Shipping News – March 30th
Anti-COVID lockdowns have dampened consumption of transportation fuels in China to a point where some independent refiners have resorted to trying to resell crude purchased for delivery over the next two months, traders and analysts said.
While other nations ease restrictions as they rebound from the pandemic, China has adhered to a ‘zero COVID-19″ policy, imposing strict restrictions to stop the virus from spreading, although its caseload is modest by global standards. FULL STORY 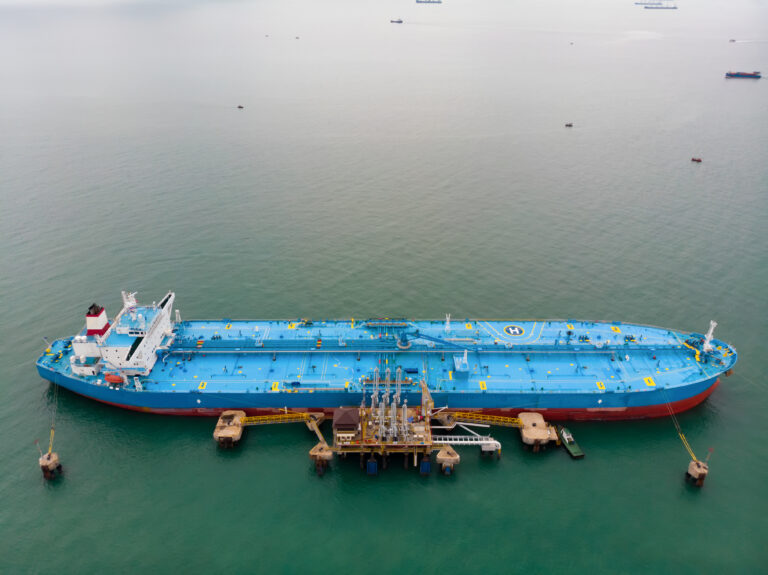